Why Going for a Big, Bold Brand Purpose Can Be a Terrible Mistake 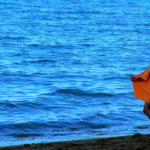 “We’ll dispose of brands that don’t stand for something,” Unilever’s CEO Alan Jope said in an interview this summer with The Drum, echoing the echo chamber that reverberates across the halls of virtually every business with an internet connection today. It may be a bit rhetorical in this day and age to ask whether it is good to align your brand– or your company, regardless of its size– with a larger “brand purpose.” What could be the downside?

You can’t really throw a stone in 2019 and not hit a few dozen brands that have attached themselves to some social, political, or environmental cause. The problem with all this is that while brand managers and CMO’s of all backgrounds have embraced this idea, consumer sentiment hasn’t necessarily agreed with this new normal.

In Denny Leinberger Strategy’s last Culture & Technology Intersection study, a quantitative tracking study that queried 1,500 US respondents regarding their attitudes towards the impact of technology on culture, the first signs of a public push-back began to emerge. There was strong support for brands that stood for something bigger than themselves, with support across all demographics in the U.S. in the mid-50 percent range. This sentiment has been stable over the past three years of the study.

What has changed, however, is support for brands that have taken stances on provocative social or political issues. Here, the study showed a collapse of support– from 55 percent  in 2017 to 25 percent in late 2018. The 2019 study is due out in a few weeks.

Apparently, we the people had enough of brands telling us what to think.

And many high-profile brands caught the brunt of this consumer backlash. Gillette’s “toxic masculinity” ad campaign elicited a collective groan from the public in the form of overwhelmingly negative sentiment on social media, with YouTube dislikes outnumbering likes by a factor of two to one. And while causality is hard to isolate, the correlation with parent company P&G’s $8 billion write-down of its grooming brand is hard to ignore.

Dick’s Sporting Goods reported a $250 million revenue shortfall, according to CEO Ed Stack in an October 2019 interview — roughly 1.7 percent of its annual number — resulting from consumers taking their wallets elsewhere after halting sales of AR platform rifles, a product category they barely participated in to begin with.

Why has this happened? Whether we’ve truly reached “peak outrage” and are now safely on the other side of cancel culture or not is debatable, but it’s clear we’ve shifted to a “C2B” world, a wonderful phrase coined by iCrossing’s former Strategy Chief Anne Bologna, where consumers now own the brand experience.

Values alignment is alive and well, but consumers now expect brands to align with their values, not the other way around. Brands that lose sight of this and believe that they are in the business of changing how society thinks about a subject on which they have zero expertise or credibility in the eyes of the consumer stand to lose money and trust.

Does this mean brands need to just shut up and focus on business? No. Far from it. Can Patagonia take a meaningful stand on protecting the Bears Ears National Monument in Utah? Yes, absolutely. Patagonia is synonymous with the outdoors and grassroots environmental stewardship. We turn to a brand like Patagonia to understand something like this. The same can’t be said of Gillette or Dick’s.

So what should our key takeaways be?

Brand values alignment needs to start with the consumer.

How often do we say, in other forums, to make sure we start with the consumer and not our own egos? There may well be a good time and place for the specific political or social predilections of the brand manager or CEO. Just not here or now. The consumer isn’t interested in being lectured to in 2019, and likely beyond this.

Brands need to be much better listeners, much better participants rather than lecturers, and need to be culturally fluent in the lives of their audiences. This sounds so obvious and yet here we are still talking about it. Brands that are truly swimming in the culture don’t have this problem – they’re so immersed in the values, vocabulary, and lives of their consumers that launching an initiative contrary to the culture would be unthinkable. We all need to do a better job of being like these companies. Our personal egos can take a back seat here.

Understand that we’re living in a “C2B” age.

Once we acknowledge that the consumer, and only the consumer, owns the brand relationship, it should change absolutely everything we do as businesspeople. This refocused lens means we need to rethink traditional brand-centric positions in favor of focusing instead on the current consumer mindset.

In short, be extremely careful about how you choose to attach yourself to an idea outside of your very limited scope of operations. If it’s new, it’s likely to be discarded at best and mocked at worst. Standing for something bigger than your narrowly defined product category is a good thing, all things being equal. But things are never equal in this day and age. If you haven’t been heavily participating for the last five years in whatever you choose to attach yourself to, you’re on thin ice.

Sometimes, it’s more than good enough to be great at delivering a great product.