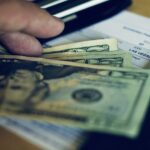 “Capitalism as we have known it is dead, and this obsession that we have with maximizing profits for shareholders alone has led to incredible inequality and a planetary emergency,” Salesforce.com CEO Marc Benioff said at the 2020 Davos World Economic Forum, explaining that, “When we serve all stakeholders, business is the greatest platform for change.”

Many luminaries of the capitalist world, from Benioff to Microsoft’s Nadella to Germany’s Merkel to others, both from academia and industry, have decried capitalism and suggested that in its place a new paradigm is emerging, one that serves more than just the shareholders of the company and that can act as a catalyst of change.

Indeed, the rise of brand values alignment and the need for brands to stand for something more profound than the sum of their speeds and feeds gives us ample evidence that the buying public demands more of brands than the stereotyped robber baron capitalism presented in the media.

The “New Capitalism,” per the Business Roundtable— as well as the World Economic Forum consensus– is that stakeholder capitalism has trumped shareholder capitalism. We as stewards of business must be aware of and specifically cater to a much wider set of constituents, from employees and customers to the environment and society at large. And while many companies have stumbled when trying to embrace social causes too far from their own core brand DNA, we the people now expect more from the brands we choose to embrace.

It’s clear that there is great energy around the idea that we must expand our thinking to include different stakeholders beyond the narrow confines of the shareholder set. But it’s equally clear that if you serve stakeholders well, you’ll serve shareholders, too.

Technology has emerged as the single most profound cultural driver in the world today.

Handheld technology is now a given in life, with smart phones making it push-button easy to join a movement to support a brand that has taken a stance that aligns with your own, or to boycott a brand than does something you don’t like. In the most recent Culture and Technology Intersection study, produced by my consultancy, Denny Leinberger Strategy, we found that 41 percent of U.S. Millennials had taken active steps to support brands that aligned with their values. We find it interesting to note the differences in the attitudes of US adults 18 and older, particularly when we break things down by age cohort – when we look at US adults 18 and older as a single group, we see only 29 percent of this general population agreeing with this sentiment. Similarly, when it comes to boycotts, 46 percent of U.S. Millennials had avoided supporting brands that ran counter to their values, compared to 38 percent of the whole of U.S. adults.

This means brands are more visible and more sensitive to shifts in consumer sentiment today than at any other time in history. It’s hard to be a hero when everyone has a camera. Brand managers have to take a wider view of stakeholder needs because each group has a voice, a network, and strong point of view about whether the brand is doing good or evil.

We expect brands to do more.

This explosion of technology has given us the means to know more about the brands we care about and take action on what we learn. From the Culture & Technology Intersection study, we learned that 49 percent of U.S. adults 18 and older believed it was important to learn as much as possible about the brands they buy (33 percent had no opinion, with only 18 percent disagreeing).

When asked if knowing what a brand stands for is equally important as knowing what it can do for me, 55 percent of U.S. adults agreed. Interestingly, when asked whether they agreed with the idea that brands should take a stand on social or political issues regardless of the financial impact to the company, 53 percent of U.S. Millennials agreed versus 41 percent of the U.S. adult population – with agreement sharply declining as we looked across older age groups.

This means the ability of the public to research and learn about your brand goes far beyond what you put on your website – and they will make purchase decisions based on what they learn.

Brands that do good grow faster.

Further, a 2019 Unilever study concluded that 33 percent of consumers were choosing to buy from brands that they believe are doing social or environmental good.

Everything we’d discussed above suggests that brands that embrace stakeholders– from values to sustainability and beyond– tend to do better than those who don’t.

And this applies directly to shareholder value, as we’ve just explored.

So join me in welcoming the “New Capitalism” to the world stage. It may sound a little different, but it still delivers results– this time, for everyone.