Marketing in a Divided America 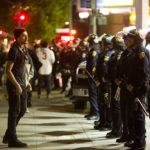 Every publication in America has a lead off article this morning featuring the word, “polarized.” Without much need for deep consideration, we can all agree we’re a much-divided nation.

How divided are we?

Looking at our recently completed Culture & Technology Intersection 2019-2020 study, the data tells a pretty straight forward story. We’ve reported before that the “death of outrage” happened on or about late 2018, when support for brands that take strong, polarizing positions on controversial political or social issues collapsed from the mid-50% range down to the mid-20% range. But this year, we got a little deeper into why this is. And the insights are pretty interesting.

Ask a conservative if they believe “all liberals are evil” and one out of three will agree. Ask a liberal if “all conservatives are evil” and one out of four agree. Ask anyone if we, as a society, are going to continue to further split into polarized camps in the future and seven out of ten will agree. Ask if we’re planning on bringing in more diverse opinions into our thinking in the coming year and seven out of ten say they will either stay pretty much where they are or will make conscious efforts to just tune out. Around one out of ten say they’ll seek out the opinions of those who think differently than they do.

In short, we’re divided, we think this will only get worse, and we don’t plan to change.

So what are we supposed to do, as brand stewards, in an atmosphere characterized by this much hatred and division?

There are a few potential options facing us, but first, let’s look deeper at the above data points, because there’s another way to interpret this “division.”

Ask a conservative if “all liberals are evil” and only 16% strongly agree – and “all conservatives” only represent 38% of all US adults. When we look at the general public, we see that 17% in total agree. So 83% don’t agree. And 62% of conservatives don’t, either.

The same rough parameters go for liberals believing all conservatives are evil, with only 12% strongly agreeing – and “all liberals” account for only 27% of the US adult public. When we look at the general public, 14% in total agree. So 86% don’t. And 88% of liberals don’t agree either.

Moderates , the people we never talk about, account for the single largest block of political self-identifiers, representing 36% of the US adult population – bigger than liberals and just below conservatives in terms of headcount. They don’t even understand why we’re asking this question. The percentages of moderates believing either wing is evil is in the single digits.

When we pan back and look at the strong collapse of support for brands that take polarizing positions on controversial political or social issues, as discussed earlier, we start to see why. Moderates have thrown up their hands at this issue and have decided to go on with their lives.

When asked whether the respondent has taken action in the past 12 months to support a brand that has made statements or taken actions that align with their own political positions, conservatives have increased support from 30% in 2018 to 34% in 2019 – while liberals, who have traditionally been more sensitive to such issues, have dropped a few percentage points year over year, registering 41% in 2018 and declining to 39% in 2019.

As for boycotts, we see conservative support for avoiding brands that have taken stances against their values declining from 50% in 2018 to 41% in 2019, while liberals – similar to their support metrics – have held roughly steady, declining a point to 51% in 2019 from 52% in 2018.

If you’re catering to outraged liberals, understand you’re really talking to 39% of the 26% – or 10% of the American adult population. Likewise, if you’re hoping conservative America to embrace your controversial brand position, you’re talking to 13% of the public. The rest of America, for the most part, isn’t listening.

It’s also worth noting here that many of us who spend an inordinate amount of time online tend to be heavy Twitter users – both as readers and contributors. The percentage of US adults who are on Twitter daily is roughly 10%, according to Pew Research. So when we’re told that “the social networks are against” someone or something, this probably means that a percentage of the 10% are causally ganging up on a tweet, which makes one think the best way to get past a social media problem is to delete the app from the supposed offender’s phone for the better part of a day, given the recent reporting from various sources that the lifespan of a tweet is roughly 18 minutes.

What do we take away from this? How are we supposed to walk this fine line of brand stewardship on one hand and brand values alignment on the other?

If you really need to cater to a political or social issue, know why you’re doing it – and do it on purpose. Is it in your brand’s DNA? If your brand DNA is unarguably, incontrovertibly linked to an idea bigger than your narrowly defined product category, then go forth with confidence, knowing your audience feels the same way you do. Going all-in on a carefully defined niche market – with a polarizing position as a hook – is a fantastic idea, assuming it’s not done by accident. Look to Patagonia here for inspiration – and for caution. As the brand’s iconoclastic founder, Yvon Choinard, once said in an interview when asked about brand values, paraphrased, a lot of brands come off as inauthentic because deep down, they’re just not authentic. Can’t argue with genius here. On the other hand, decisions made in haste or to appease a cultural moment that have nothing to do with your brand will more than likely end up hurting you. You couldn’t ask for a better example of this than Dick’s Sporting Goods, who paid the price to the tune of a $250 million revenue shortfall for their stance on gun control.

Be careful of your ego, because it can make you look foolish if you get this wrong. Do you, personally, have a strong opinion about a social or political issue and feel that your position of authority gives you the political clout to make it your company’s position, too? Can I give you some advice? Leave your ego out of it. If your customer base doesn’t readily see the connection, you’re on thin ice.

Is there a real need to focus on a social or political issue at all? If you feel strongly about connecting your brand to a bigger idea, is there a reason you can’t elevate the discussion and unite people instead of divide them?

In short, it’s worth remembering that the shouty class tends to take up more airtime and attention than the rest of America. Don’t let this fool you.

You can create a vibrant brand catering to either of the fringes of American life, of course, and further polarization will only make this more popular. But it’s important to note that if you choose to go down this path, you should only do so on purpose – and not by accident.

You don’t always need to make enemies in order to make friends.

PS: a slightly abridged version of this post appears on Inc.com this morning.