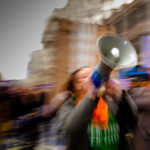 ESPN made a mistake. In believing that the network stood for something far bigger than sports reporting, it decided that its real role in American culture was political militancy. It paid a heavy price for this misstep, losing 15 million subscribers over a period of 8 years. Now, with its brand and finances in tatters, its management made the decision, quite late, to attempt to right the ship.

Gillette made a mistake. In believing that the men’s grooming brand should take a more militant stand against “toxic masculinity,” it launched what was to be a Super Bowl campaign hectoring men to “do better.” The market reacted with well-deserved scorn. Negative mentions on YouTube were double the positives. The brand pulled the ad from the game as a result of the backlash. In its financial reporting at the end of the subsequent quarter, the brand showed a 1% volume decline in a category that grew 3.9%.

Dick’s Sporting Goods made a mistake. In the aftermath of the Parkland school shooting, the retailer made the decision to pull all AR platform rifles from its shelves – not for space management or direct product profitability reasons, which would have made perfect sense given the retailer’s light participation in the market, but as a statement about the 2nd Amendment and “gun violence.” The market reacted with Dick’s losing an estimated $150 million in revenue year over year, as hunters and shooting sports enthusiasts took their wallets elsewhere.

Nike did not make a mistake. Nike’s decision to use a controversial sports figure – Colin Kaepernick – in a medium-sized ad campaign about overcoming obstacles, where the former football player voiced over the spot and briefly appeared, spoke to the brand’s core DNA values. Kaepernick, furthermore, was not seen as divisive to the brand’s core urban market. The brand has continued to flourish.

Patagonia did not make a mistake. In stating plainly that “the President Stole Your Land,” in reference to the administration’s removing federal protection of Bear’s Ears National Forrest, the brand made a statement completely in keeping with its core values, it’s Californian roots, and its users’ political leanings.

Three mistakes, one no-call, and one nominal win.

The difference between brand values and brand militancy couldn’t be clearer.

When we strive to create a story bigger than the confines of our narrowly defined product category and are clever enough to do so by beginning at our brand’s core DNA-level values, we inspire our audience with a bigger vision than our product-centric competitors. Brand values alignment can and should be a part of a smart brand’s strategy, from product design to communications to culture.

When we jump outside of the reasonable expectations the public has of our brand – when we’ve gone beyond the “just noticeable difference,” and lose sight of land – we run the risk of losing our credibility and the trust the public has in our brand. ESPN has no political capital in politics, any more than Gillette has a right to lecture its customers on why they’re bad people or Dick’s has the credibility to talk to us about the 2nd Amendment. We roll our eyes at best and take our money elsewhere at worst.

Our most recent Culture & Technology Intersection™ study conducted late last year spotted this emergent trend. Support for brands that have strong, polarizing, and sometimes controversial positions on important social or political issues – versus those that avoid these positions and just focus on benefits and solutions – has typically been fairly high, with our 2017 data showing 41% for the US general population. In 2018, we were surprised to see this number collapse to 24%. When we just look at US Millennials, who are traditionally more attuned to socially leaning brands, this number plummeted from 55% to 28%.

And yet, while support for polarizing positions on social and political issues has cratered, we still feel that brands need to mean something more than just the sum of their speeds and feeds – 58% of US respondents agree with this versus a scant 13% disagreeing, a trend that is fairly stable year over year.

In a cultural landscape devoid of trust in institutions – from government to big business, to sports, to academia, to media and beyond – we look for someone to step up and be a flag bearer for the biggest issues we face as a nation. Brands stepped into this void. But in doing so, they had no real guardrails. Some stayed close to their brand values. Others decided that they should go beyond the public perception of who they were and what their role in the world was. We got Starbucks baristas attempting to engage us in race relations banter while we impatiently waited for our lattes. (This was a failure). We saw Target clumsily forcing itself into discussions about transgenderism. (This, too, was a failure). There are many other stories of brands falling flat on their faces, as well. What many brands didn’t consider was the clear fork in the road between brand values and brand militancy.

In short, we still relate to brands that mean something – but something snapped when it came to brands overstepping their roles in our lives. We’ve clearly said, “Enough” loudly. The news of this shift in public perception, to roughly paraphrase William Gibson, is not yet evenly distributed.

This fork is one we need to carefully consider, when striving for a bigger role in the world. In this highly politicized world we live in today, brand values alignment has critical meaning. Brand militancy, on the other hand, is a cultural landmine.

In a culture best described as “C2B,” where the consumer controls the brand experience, brands must carefully consider consumer reaction, peer to peer communications, and the instant nature of the social media wolfpack. It’s hard to be a hero when everyone has a camera in their pocket – not to mention a web browser and occasionally the intellectual curiosity to search up tweets you and your brand sent 10 years ago.

Brand values alignment – and authenticity – aren’t things to be slapped on. They either exist clearly as evidenced by your past actions and statements or they don’t. And as Patagonia founder Yvon Chouinard eloquently says, paraphrased, most brands and people striving for authenticity find it difficult because of the simple reason that they’re just not authentic to begin with.

Tread carefully and remember your customers are smarter than you imagine.

Stephen Denny is a managing director of Denny Leinberger Strategy, a boutique consultancy focused on spotting the trends that drive business performance and then giving our clients the tools and insights to act on them so they can achieve real-world financial results.