Adidas’s Approach to Co-Creation: “Swimming in the Culture” 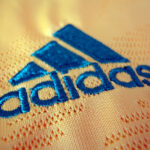 In Stephen Denny and Paul Leinberger’s new book, Unfiltered Marketing: 5 Rules to Win Back Trust, Credibility, and Customers in a Digitally Distracted World, they interview Adidas’s former global creative officer Paul Gaudio on co-creation, finding unexpected cultural intersections, and building raw-ness into the design process at a 23-billion-euro global brand. The following is an edited excerpt.

“For us, it’s increasingly about co-creation. I just firmly believe that any time you put people together, especially people from diverse backgrounds or with diverse perspectives, sparks fly and new things happen. You create something that you wouldn’t have otherwise created yourself. I think we ultimately see a model where we want to empower creators outside of the brand to create and that should have a network effect that’s super exciting.”

Gaudio’s design philosophy at global sportswear giant adidas signals a departure from legacy thinking that demands all innovation must descend, deus-ex-machina-like, from above, from the corporate ivory tower to the rapturous waiting masses of customers passively waiting to buy whatever is put in front of them. The advent of “raw” means passivity is now passé. We demand to be part of the process now.

Where many brands approach “the voice of the customer” as a step along the path of developing a marketing requirement document, requiring qualitative research or perhaps some end user inputs along the way, adidas flips the script by doing everything it can to eliminate the boundaries between brand and user.

Beyond the conventional means that most brands rely on for social listening, Gaudio believes that nothing beats first-person, face-to-face contact with the culture. “It’s about having our people – all of us – in dialog with and in contact with the culture,” Gaudio says. “In our case, that means sports culture and everything that surrounds it… fashion, music, and all these things that sort of emerged over the last decade or so. There’s no substitute for contact.”

Swimming in the culture

What does contact mean in this sense? “The most important and most vital thing is to be sure you’re swimming in the culture,” Gaudio says. “It means we do formal collaborations with a high profile collaborator that have far reaching effects, but it also means going to the local high school and playing pick-up basketball, inviting those same kids to the design studio to teach them about how we make what we make and then watch what they do when you give them a little knowledge and power.”

Co-creation, in other words, isn’t just about collecting inputs and sending members of the select target market back on their way – it’s about evangelizing, teaching, and empowering users to step into our shoes while we step into theirs. There’s a deeply open, sharing sense of exploration in this process. We are teaching them while they are teaching us.

Involving the external culture in the design process does two things for adidas, starting with protecting themselves from insular thinking. “Something magical happens in those moments when we give people the tools to create with us. Because it will be something new and different, obviously, because of their perspectives that they bring to the table and that applies to everybody. We’re bringing in artists to help us create, we’re bringing in athletes to help us create, even kids.” This protection against groupthink is particularly important in fashion and athletic wear, where designers often move from one brand to another and designs, predictably, can begin to look the same.

Second, this collaborative design process also creates more evangelists and rabid fans. “People are so fascinated by what we do, they’re so emotionally connected to the brand,” Gaudio explains. “We want to pull the curtain back and show them the inner workings. It changes the relationship with people, bringing them in, bringing them to a level that they’re comfortable contributing and feeling like, yeah, what I’m going to do here matters. Consumers today, kids, in particular, are way more comfortable with that.”

The impact on the brand is equally fascinating to consider. One can’t institutionalize involving the external culture without fundamentally changing the internal culture of the company. “Our model is very different than the fashion house, you know, where they’ve got a celebrity creative director and they’ve designated themselves as the tastemakers who come up with what is coming for this season,” Gaudio says. “We, we like to get dirty, and kind of mix it up and, and mash it up and look for those collisions and the unexpected insights. Our creative mantra is, ‘Borne from culture, built for purpose, and daringly simple.’ So, borne from culture is the very first step in any process, anything that creates.”

The irony isn’t lost on us that in an age of technological immersion, where the iconic image of this time and culture is a Generation Z kid with his or her face buried in a smart phone, adidas stresses the critical importance of human connection, of face-to-face and often non-verbal communication. “Go to a high school football game on a Friday night,” Gaudio says. “You don’t even need to talk to people, you can just, you know, feel it. You’re in the middle of it.”

Developing an anthropologist’s sense for observation in situ is an output of “swimming in the culture,” where the observer knows enough to separate the signal from the noise.