5 Keys to Save Your Keynote (and Sanity) on Stage 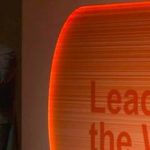 There’s a lot of advice out there about public speaking, and not all of it is great. Having done keynotes and other high stakes presentations for the past two decades in venues from hotel ballrooms to conference centers, boardrooms, the occasional brewery, movie theater, and college lecture hall, I have an opinion on how to speak in front of large audiences.

I also come from a Broadway family– my mother was a big-time star on the stage in the 1950’s, my father a classically trained singer, and my brother a highly sought-after musical director and producer in New York. I was the black sheep of the family. I literally ran away from the circus and got an MBA and a job. They were devastated, of course, but along the way I learned a few things that might help the discussion here.

So in the spirit of insuring you do a show-stopping performance, here’s some tips that will ensure you not only do the right thing when you get in front of important audiences, but avoid the sort of catastrophic failure that can haunt a career for eternity.

Rehearse. A lot. Rehearse your entire presentation full length, out loud, five times at a bare minimum and at least twice the day of your presentation, immediately before going on stage. Do at least one tech rehearsal. If you’re using Power Point, embed the fonts in your presentation so you don’t find out your fonts have all broken when you’re already on stage.

You must be able to do your presentation blindfolded. Why? Because you will experience a technical failure when you least expect it– I once had a projector explode just as I was about to show the audience an unreleased trailer for a 007 James Bond film that my brand was featured in. Know where you are in the presentation and keep going.

What are the words you will say as you exit one slide and intro the next one? This is where amateurs fail. I once saw an executive freeze and have to walk off the stage muttering an apology.

It’s incredibly uncomfortable to watch and I can only assume that it’s a nightmare to go through. Study your transitions because knowing the flow means you never have to look at your slides as they progress.

3. Understand that presentation is performance.

4. Professionals deliver, regardless of hecklers, walk-outs, or small explosions.

Deal with distractions and let nothing stop you from delivering the goods. Will someone interrupt you in the middle of your keynote and ask a question? Stop them, quickly and professionally thank them, and let them know you’ll answer their excellent question at the end of your talk. A heckler? Same thing.

Does the whole audience get up and leave when you hit your first slide because apparently an emergency conference call was scheduled for the entire company by the CEO 10 minutes before your talk? Fine. Let them leave. Even if the conference call was to tell them that half of them would be fired the next week, but that the decision on which half wasn’t finalized yet (I’m serious– it happened to me once).When they return, start again, with humor.

We already discussed the exploding projector. And it goes without saying that you deliver a 60 minute keynote no faster than 59 minutes– and no longer than 60.

5. Teamwork, but only if you have to.

If you’re doing a two-person presentation, understand that you’ve quadrupled your workload, because it’s entirely possible that your tag team partner will take their scheduled two-minute intro and go on for 15 minutes. It happens.

If you need to interrupt your co-presenter the way you would breaking into a conversation at a cocktail party, do it. You’re not paid to do half a keynote because the organizer is forced to walk out on stage and tell you you’re out of time. Make sure your co-presenter understands role and time discipline. If at all possible, just do the presentation alone and let your partner sit in the front row for questions afterwards.

Master these five big ideas and you’ll do more than just “fine”– you’ll look like a star in front of important people.