Note to CMO: Moments of Power, Found and Lost 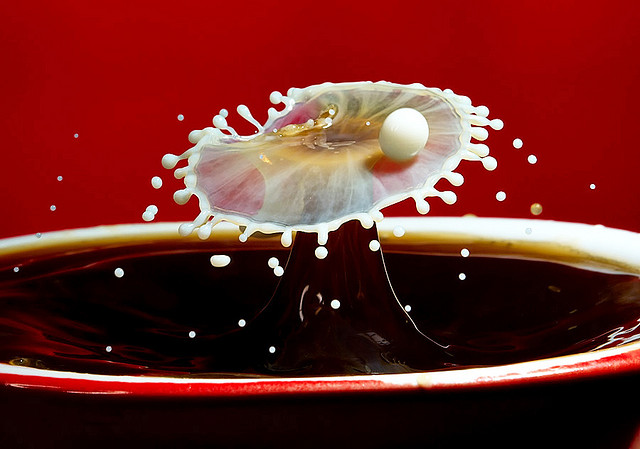 I was sitting in a coffee shop yesterday with a colleague of mine – another influence strategist, as luck would have it – and we both watched an unfolding vignette that would go on to animate not only some of the best in social influence, but also how subtle nuances can fall flat.

It was about 11:00AM, too early for lunch and after the traditional “get a cup of coffee in the morning” times. The place had half a dozen people sitting in it, working on laptops and reading papers. A typical mid-morning scene. This particular coffee shop was attached to a bookstore that was similarly populated with browsers. The sidewalks and patios outside had reasonable foot traffic.

As we worked, I noticed that one of the two people working was preparing a tray of small, shot-glass sized drinks and bite-sized muffins. “Watch,” I said, “she’s going to walk over and offer us a sample…”

Wrong. She spent five minutes carefully preparing a tray. And then she got on what appeared to be an intercom. “Attention, shoppers. We’re offering free samples of [some sort of chai drink] and [some sort of muffin] here in the coffee shop…”

We looked at each other and both had the same reaction. “Wow. What a let down.”

In each and every scenario where we need something to happen, we’ll find that reciprocity matters. Usually, a lot. We give before we ask to receive. We feel social pressure to give back when we have received, often far out of the scope of the original gift. And the nature of the gift being unexpected uncovers the problem with what our waitress did.

She was smart to offer samples, particularly in a down-cycle of the day. She was smart to offer them to browsers in the bookstore, as well. By announcing it over a loud speaker, however, she turned a gift into a reward. The curtain was pulled back and we saw it for what it was. A bribe. “If you’ll come into the coffee shop, where you aren’t at the moment, I’ll give you something small – and in return, my expectation is that you’ll buy something larger.”

What could she have done? She could have had her colleague staff the counter and she could have walked through the bookstore – and even the coffee shop, and maybe even the sidewalk or patio – and offered free samples with a simple, “Can I offer you a milk chai? It’s new and it’s really good.” A gift. No strings. Unexpected. Very welcome. The likely result? Good feelings and the memory that you can get that new milk chai drink in the back of the bookstore. And they have muffins, too. I might go there now and I might go there later, but regardless I really like this bookstore and that girl that gave me the free drink.

On the other hand, she could announce it over a loud speaker and no one would bother listening. If a sampling program results in no samples being handed out, is it a program at all? Ponder this koan over a small cup of milk chai, why don’t you.

Gifts are powerful. They set up relationships, are genuinely appreciated, and put in motion chains of events that can positively conclude with our making a natural and welcome request. When someone says, “thank you,” you have a socially acceptable opportunity to ask for something in return.